Well, it's been quite some time since I last posted on this blog.

First of all, I want to sincerely thank everyone who has read, followed, and contributed to this blog over these past eight years.    Our mutual interest in the sport of baseball tied to that tiny island nation in the Pacific Rim is what has brought us all together here at this site.

Due to personal obligations, I do not have anywhere near the same amount of time to dedicate to this blog and the sport.   Based on popular demand, I have been pleasantly surprised with the loyal readers who beg for the blog to continue.  With that in mind, I am looking for a few dedicated and passionate fans who would like to continue to blog on Taiwanese baseball (amateur, pro, or anything related) on this site.    The intent is to continue to spread the word and to share your passion about the sport.

If you are interested, please do contact me at thetaiwaneseterror@yahoo.com and give me a little background information about yourself.


PS - Since my last update on amateur signings, the Indians did sign two kids from Taiwan:
1)C Lee-Jen Chu - 40 K 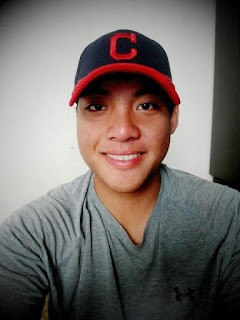 A video of him last year hitting off top HS pitcher (R)Jen-Ho Tseng:

-If you're following pro baseball, don't forget to follow Dai-Kang Yang in the NPB.  He's already set a career high for home runs (8) and is leading the league in stolen bases (18) while hitting .293 through today.

*RHP Ping-Hsueh Chen has reported to the Indians camp and has resumed throwing.

*RHP Chih-Wei Hu was offered around $200 K by the Cubs and Twins.   There are rumors that the deal was sweetened and Hu may have signed.

Here's a few vids of Red Sox GCL infielder Tzu-Wei Lin in action (Note that he utilizes a wood bat in all of the games):


2)Here Lin is facing one of the top HS pitchers in Taiwan - Jung-Hung Sen. Lin just misses out on an opposite field HR. Also note how Lin's bat always seems to find the ball.

Per news reports in Taiwan, IF Tzu-Wei Lin will sign with the Red Sox for a record $2.05 million signing bonus, the highest signing bonus handed to an amateur non-pitcher from Asia.    News is coming out as Lin just graduated from HS:


Of course the deal will not be finalized until he passes his physical which should be coming up in the next few days.     Lin is represented by Scott Boras and was rumored to have multiple seven figure offers from MLB teams.   MLB teams that were heavily involved with Lin included the Yankees, Dodgers, Indians, Tigers, Twins, Pirates, and Rangers.

TW Lin scouting report.
Posted by TTT at 11:13 AM No comments:

The Cleveland Indians continue to make their mark in Taiwan, this time reaching an agreement with RHP Ping-Hsueh Chen for roughly $60 K.  Chen is thought to have been seeking much more.   He has a close relationship with Octagon.


To watch a video of Chen, see more at this previous link.

In an effort to defend their 2010 World Title, the 2012 junior national team has been selected upon completion of the Yu-Shan Cup.  The IBAF event will take place in South Korea from 8/30 till 9/8.

Here's all you need to know about Tzu-Wei Lin, soon to be the most hyped Taiwanese amateur baseball player in recent memory.     So does the ability match the hype?   Let's see below:

*Defense/Arm Strength:   60/65 - true MLB SS with plus defensive skill set and great range, also has the ability to play CF - was voted best defensive player at the 2010 World Junior Championships.   As a pitcher in HS, was clocked at a high of 89 mph.

*Speed:  70/70 - lightning fast (top time to 1st base:  3.79 seconds), has shown the ability to get good reads and jump on pitchers, aggressive on the base paths, plus instincts with base running.

*Hitting/Approach:   35/65 - utilizes a quick and compact swing,  has tremendous hand/eye coordination, squares up on balls and makes hard contact consistently - utilizing all parts of the field, rarely strikes out with good patience and pitch recognition, strong wrists, has a high OBP.

*Intangibles:   Profiles as a leadoff hitter, is fundamentally sound, has risen to the challenge during big games - performing well against top competition in major international contests, is mentally tough, demonstrating leadership skills,  plus athleticism and overall skill set has some comparing him to a younger and shorter version of Jose Reyes.